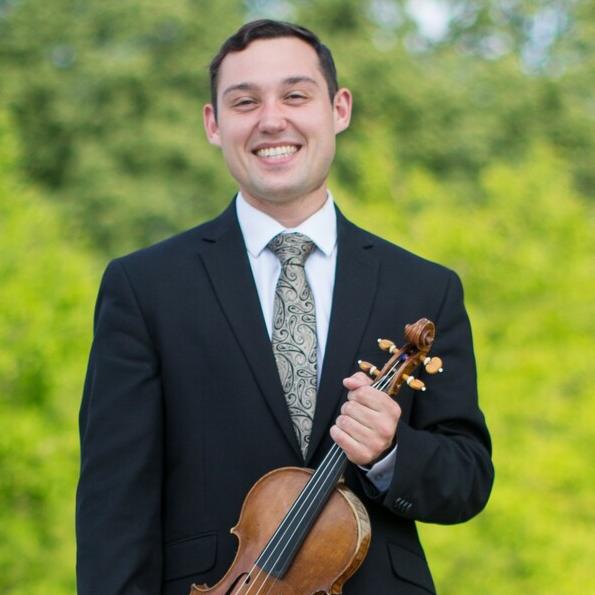 Ivan Suminski (Violin) received a masters degree in violin performance from the University of Michigan in 2020, where he studied under Aaron Berofsky. Previously he studied under Federico Agostini at the Eastman School of Music, where he earned a simultaneous double degree in Mechanical Engineering from the University of Rochester. A Traverse City native, Ivan currently serves as the Principal 2nd violin of the Traverse Symphony Orchestra and is delighted to be joining the Lansing Symphony as a new member in the 2022-23 season. An avid chamber musician, Ivan got his start playing piano trios with his mom (cello) and brother (piano) and more recently has been awarded the American Prize in Chamber Music (2022 College/University Division) and 2nd place in the MTNA Chamber Music Competition as part of the ensemble Quartet Granitique. He has performed in the Detroit “Candlelight” concert series and has even taken chamber music to the high seas, performing piano quartets as part of Lincoln Center Stage aboard Holland America Line cruises. Though classically trained, Ivan enjoys learning and performing a variety of genres and is passionate about exploring traditional and non-traditional performance settings.