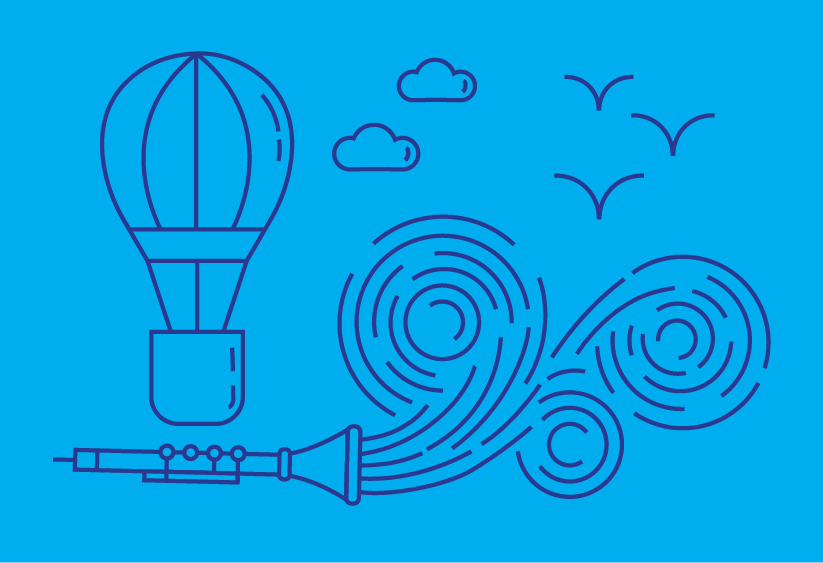 Described as “…meticulous and tuneful…” by the Washington Post, pianist Jon Nakamatsu, Gold Medalist of the Tenth Van Cliburn International Piano Competition, joins the LSO to perform Johannes Brahms’ epic "Piano Concerto No. 2". This program opens with seventeen-year-old Richard Strauss’ remarkably original "Serenade for Winds", featuring the virtuosity and polish of the LSO wind section. Michigan State University alumnus Adolphus Hailstork has risen to prominence as one of America’s most influential composers. We hear the composer’s signature blend of his African American ancestry and European traditions in his lyrical and vivid "Symphony No. 1".

By the time Richard Strauss turned twenty-four, he was already something of a celebrity in the German-speaking music world. He was a semi-professional violinist by the time he was 13, and by the ripe old age of 16 a composer of a string quartet, a piano sonata, and a symphony. By the time he was 21, his music had been championed by one of the leading conductors of the day, Hans von Bülow. Strauss was von Bülow’s assistant conductor; and when von Bülow unexpectedly resigned his post, Strauss became the chief conductor, still only 21. He was also a concert pianist. But nothing in this meteoric rise could point to the virtuosity he would exhibit as a composer in his masterpieces—known as tone poems—which he started writing when he was 24. He wrote them after an encounter with the “music of the future” by Richard Wagner. Strauss’s ultra-conservative musician father had tried to shield his son from this bad influence, but to no avail. The results were Don Juan, Death and Transfiguration, A Hero’s Life, Thus Spoke Zarathustra: Those are the tone poems by Strauss that symphony audiences know and love. (And then there are his operas, but that’s another story.)

Strauss’s Serenade in E-flat Major comes from the time before his encounter with Wagner’s music. He was only 16 when he started it. It follows in the long tradition of works written for harmonie (the term given to bands of wind instruments typically used for outdoor performances).

An oboe solo begins the Serenade’s slow introduction. The main body that follows is at a quicker tempo and features luxuriant, lyrical and, at times, expansive melodies. After a calm conclusion, the oboes announce a short development section and then the horns tenderly start a recapitulation of the main themes.

It is this Serenade that brought Strauss to von Bülow’s attention and launched his career as a conductor. Strauss himself called it “nothing more than the respectable work of a music student.”

In an interview before the premiere of his Symphony No. 2 in Detroit, Adolphus Hailstork said “I really see two strains among black American composers: the experimenters and the pragmatists. The second group has a very clear folk orientation, and that’s where I put myself.” You will understand what he means when you hear his Symphony No. 1. The harmony is firmly rooted in tonality. The melodies and rhythms are instantly accessible and engaging.

Ever since the middle of the nineteenth century, there has been a movement in music called nationalism: Composers try to include specific characteristics of their culture in their music. The Russians were great at this, incorporating folk melodies and rhythm into serious orchestral music. The Bohemian composer Antonin Dvorak was one of the leading nationalist composers: his Symphony No. 9 “From the New World” paved the way for American nationalism. Although it was written by a Czech, there is something about it that sounds “American.” The same can be said for Hailstork’s Symphony No. 1. You probably won’t hear specific tunes that you’ll recognize in the symphony. On the other hand, from the first sounds of the piece, you’ll recognize that there are things that make this music sound “American” and more specifically “African-American.”

The first movement begins with pounding chords played by the whole orchestra. Over these regular beats there is an energetic syncopated melody. This rhythmic vitality soon gives way to a more gentle rocking background for a singing clarinet solo. The movement alternates between the energy of the opening and the lyricism of the second melody. The second movement starts with a beautiful plaintive folk-like melody played by the strings. Soon they are joined by the woodwinds. The middle section of the movement builds in intensity before a return to the starting theme. The third movement, a scherzo, has a murmuring, buzzing quality to it. The oboes, flutes and horns then get to play a jaunty little tune over short, punchy beats. Aggressive brass and timpani introduce the middle section. Then the oboe and bassoon play a comical, jerky little tune. The brass and timpani bring us back to the opening of the movement. The fourth movement has an intense rush to it caused by rapid pulsations in the string section and a syncopated melody. Themes from the first movement come back before the movement drives to a forceful conclusion.

Although he was born in Rochester, New York, Adolphus Hailstork has Michigan connections. Adolphus Hailstork received his doctorate in composition from Michigan State University, where he was a student of H. Owen Reed. He had previously studied at the Manhattan School of Music, under Vittorio Giannini and David Diamond, at the American Institute at Fontainebleau with Nadia Boulanger, and at Howard University with Mark Fax.

Dr. Hailstork has written numerous works for chorus, solo voice, piano, organ, various chamber ensembles, band, orchestra, and opera. Hailstork’s newest works include The World Called (based on Rita Dove’s poem Testimonial and premiered in May 2018) and Still Holding On (February 2019), an orchestral work commissioned and premiered by the Los Angeles Philharmonic. He is currently working on his Fourth Symphony, and A Knee on the Neck (tribute to George Floyd) for chorus and orchestra.

Dr. Hailstork resides in Virginia Beach, Virginia, and is Professor of Music and Eminent Scholar at Old Dominion University in Norfolk.

Johannes Brahms is often naively mislabeled a Classical composer in the midst of a Romantic age. This is a misconception, due in part to a feud that went on for decades between “Brahmsians” and “Wagnerians” over who really had it right! What they argued about most was the difference between “absolute” music (music that is “just” music) and “Gesamtkunstwerk” (music that involves a synthesis of all the arts). Brahms was the torchbearer for absolute music and the German symphonic tradition. His followers considered Wagner a musical rebel (a badge he wore with honor). Indeed, Wagner broke new paths with his music. However, putting Brahms into a separate camp and considering him an “old-fogey” diminishes his tremendous innovations. Brahms’ approach to rhythm prompted Arnold Schoenberg, the great leader of the German avant-garde, to write an article entitled “Brahms the Progressive.”

In a letter to a friend, Brahms playfully describes his Second Piano Concerto as a “tiny little piano concerto with a tiny list wisp of a scherzo.” This little concerto is actually an intense 50-minute symphony for solo piano and orchestra. Brahms’ decision to expand the traditional concerto from three to four movements is the first clue that he was not chained to tradition. The opening tune of the first movement, played by the horns, provides the basis for all the musical material of the first movement. Instead of the traditional antagonism between orchestra and soloist that marks the classical concerto, the piano takes the role of partner. The second movement is Brahms’ “little wisp of a scherzo.” The material for it is probably a scherzo he left out of his Violin Concerto on the advice of his friend Joachim. If you want to take note of the interesting rhythmic complexity of this movement, just try counting along with the pianist! The slow third movement begins with a simple and poignant melody played by the solo cello. Even though the music becomes quite agitated in the middle part of the movement, it returns to repose at the end. A skipping tune played by the piano breaks the stillness to begin the final movement. It comes back in many different guises before vaporizing into a flashy conclusion.

Perhaps the greatest pianist of the nineteenth century was Franz Liszt. He was a “Wagnerian” and not prone to giving in to the other side of the Brahms/Wagner feud. On hearing the Second Piano Concerto, Liszt sent a little note to Brahms: “. . . at first reading, this work seemed a little gray in tone; I have, however, gradually come to understand it. It possesses the pregnant character of a distinguished work of art, in which thought and feeling move in noble harmony.” Strong praise from the enemy camp! 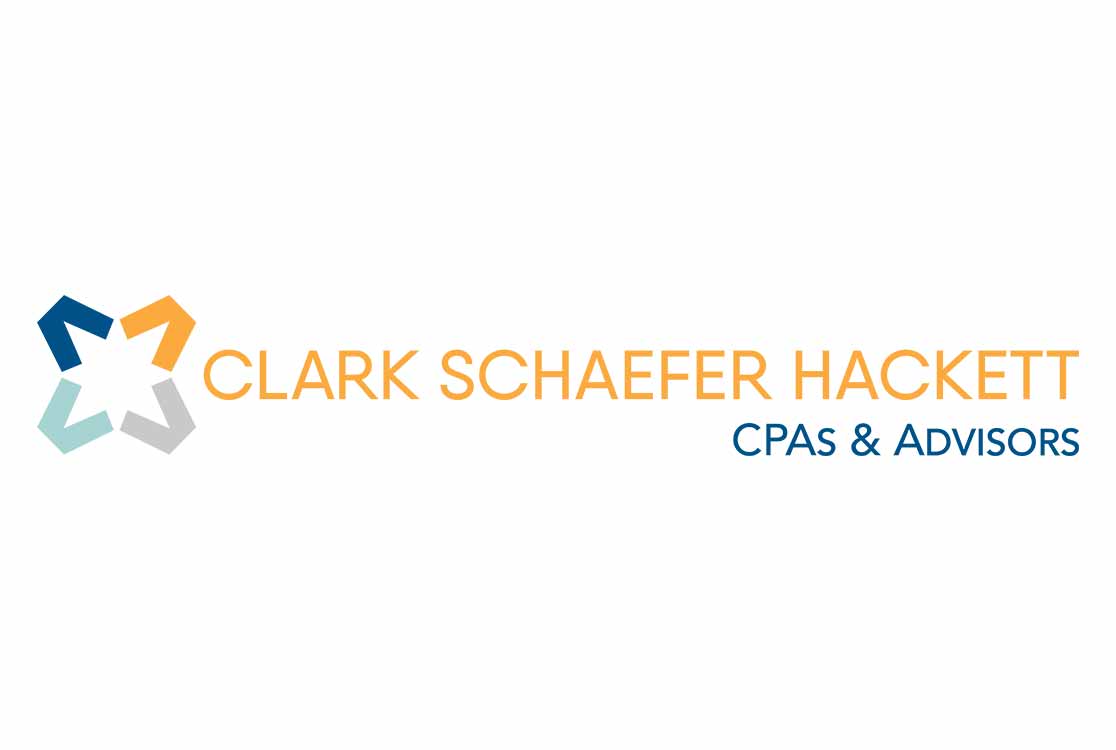