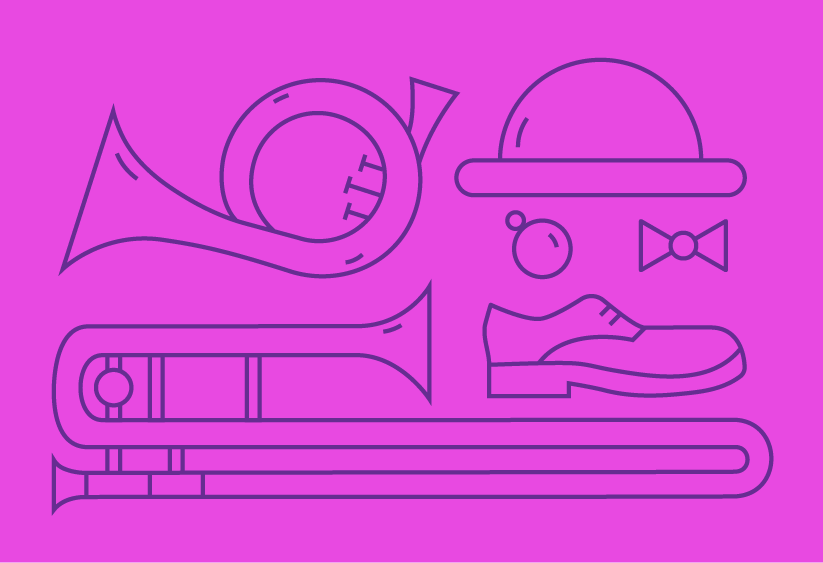 Hye-Jin Kim and East Lansing native Ara Gregorian, a husband-and-wife duo, will take the stage for Wolfgang Amadeus Mozart’s joyous and tuneful "Sinfonia Concertante". Shostakovich wrote his "Symphony No. 9" at the conclusion of World War 2, and audiences were expecting something epic. What he gave them instead was a work of Mozartian proportions, but pure Shostakovich in its wit, sparkle, and complex emotional landscape.

Gnaeus Marcius Coriolanus was a legendary Roman hero who lived during the late fifth and early sixth centuries. He received the name Coriolanus after he captured the city of Corioli in the war against the Volscians. A man from the upper class (the patricians), he opposed the efforts of the lower class (the plebeians), who were gaining political power. During a famine in Rome, Coriolanus argued that the plebeians should not get any grain unless they would allow the abolition of the office of the tribune. Naturally, the tribunes disagreed and banished him to exile. Coriolanus took refuge among his former enemies, the Volscians. Together they laid siege to Rome. Bent on revenge and determined to ruin Rome, Coriolanus would not listen to the pleas of her priests and patricians. They called on his mother Volumni and his wife Virgilia to plead on their behalf. Obstinate at first, Coriolanus eventually gave in, a ruined man.

There are several theatrical versions of this story. Shakespeare follows Plutarch’s history and has Coriolanus murdered by the Volscians. Another playwright, Heinrich Joseph von Collin, has Coriolanus take his own life. Collin’s play was popular in Vienna for several years after it was first performed in 1802. It was this play that inspired Beethoven to write a new overture. It premiered in 1807 at the palace of Prince Lobkowitz, along with the premieres of his Fourth Symphony and Fourth Piano Concerto.

The overture focuses on the psychological drama of Coriolanus. The opening describes his obstinate anger and resolution against the Romans; the tender second theme expresses the pleadings of his wife and mother. Maynard Solomon, in his masterful biography of Beethoven, claims that Coriolan “demonstrates that Beethoven did not always insist on joyful conclusions, but was able to locate transcendence in the acceptance of death itself.”

In 1779, Mozart was back in Salzburg after a sixteen-month sojourn seeking a job befitting a composer of his talents. The trip took him as far as Paris, but he also visited the influential centers of Munich and Mannheim. Despite some artistic triumphs, Mozart didn’t find the job he so desperately needed. Tragically, Mozart’s mother, who was traveling with him, died in Paris. Now he had to return home to Salzburg to accept a paltry appointment from the Archbishop as organist and concertmaster. Having tasted independence, he was back under the suffocating dominance of his father. And he chaffed at all of the rules and regulations of his employer: “It is not Salzburg itself but the Prince and his conceited nobility who become every day more intolerable to me.”

Mozart was not an “autobiographical” composer. Rarely does any composition of his let you know what was actually going on in his life while he was writing it. The music of 1779 gives us no hint of how miserable Mozart really was. He wrote three symphonies, several masses, two groups of Vespers, a serenade and divertimento for winds and strings, a concerto for two pianos, and this Sinfonia Concertante for violin and viola. Maynard Solomon, Mozart’s masterful biographer, said that with this music “there is a shift toward quite unexpected conceptions of beauty, which now embody a sense of restlessness and instability, and even of the dangerous or uncanny.”

Mozart has given us no clues who he wrote Sinfonia Concertante for, or why he wrote it. He did play the violin—he probably wrote most of his violin concertos for himself—and also the viola, but there is no evidence that he ever played either part of this work himself. It is remarkable that this “symphony that acts like a concerto,” the greatest and most profound of any of his string concertos, was written by an unhappy man.

The three movements all have a distinct character. The first movement has the somewhat unusual tempo marking of majestic, but that is just what it is. The second is like a tragic opera duet with two lovers singing passionately to each other. The ebullient finale gives each player the opportunity to show off.

When Shostakovich started writing his Ninth Symphony in 1945—and two weeks before the end of World War II—everybody in official circles was expecting some sort of great song of praise to Stalin―á la Beethoven’s Ninth Symphony. As he says (in the much-disputed Testimony: The Memoirs of Dmitri Shostakovich, as related to and edited by Solomon Volkov),

"They wanted a fanfare from me, an ode, they wanted me to write a majestic Ninth Symphony. . . . Everyone praised Stalin, and now I was supposed to join in this unholy affair. There was an appropriate excuse. We had ended the war victoriously; no matter the cost, the important thing was that we won, the empire had expanded. And they demanded that Shostakovich use quadruple winds, choir, and soloists to hail the leader. All the more because Stalin found the number auspicious: the Ninth symphony. The experts told him that I knew my work and therefore Stalin assumed that the symphony in his honor would be a quality piece of music. He would be able to say, ‘There it is, our national Ninth.” I confess that I gave hope to the leader and teacher’s dreams. I announced that I was writing an apotheosis. I was trying to get them off my back but it turned against me. When my Ninth was performed, Stalin was incensed. He was deeply offended, because there was no chorus, no soloists. And no apotheosis. There wasn’t even a paltry dedication. It was just music, which Stalin didn’t understand very well and which was of dubious content. . . . I couldn’t write an apotheosis to Stalin, I simply couldn’t."

Indeed, Shostakovich’s Ninth Symphony is about as far away from an apotheosis as you can get. It is almost circus music, what the composer Marian Koval called “musical mischief  . . . old man Haydn and a regular American sergeant unsuccessfully made up to look like Charlie Chaplin.” It is also one of Shostakovich’s shortest symphonies.

The first movement begins with a sprightly theme played by the violins. Soon the trombone enters with two ostentatious notes and the piccolo responds with a nonchalant little melody. Those two themes get tossed around until the middle of the movement when things become a bit harried. The original tunes return―played by different instruments―and then, the music suddenly ends.

The clarinet begins the second movement with a melancholy waltz tune. After its full statement, the strings enter with a more foreboding melody. Those two tunes alternate for the rest of the movement. It ends with a lonely piccolo accompanied by plucked strings.

The third movement features blisteringly fast finger work for just about everybody, but the frenetic pace can’t go on for long, so it quickly transitions in the fourth movement, announced by the ominous brass. The bassoon has an extended solo over a static chord held by the strings. The brass blare out their theme again and there is another long bassoon solo. This time it transitions into a jaunty but worried new tune. Unannounced, the last movement has begun. The melody sounds like it should be happy, but there is a forced and unsettled quality to it. Suddenly, the tempo takes off and the symphony comes to a frantic close.

Stalin’s displeasure with Shostakovich took a couple of years to fester. Shostakovich received his official condemnation in 1948. The bureaucrats ordered the destruction of all of his recordings. His scores were recycled to save paper. Shostakovich essentially quit composing serious music for public performance for the next five years, until the death of Stalin. And only then could he write his “Stalin” symphony, the Tenth.