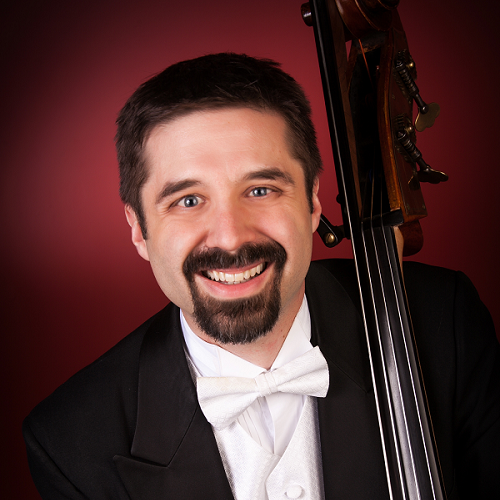 Member of the Lansing Symphony Orchestra. Former member of the Saginaw Bay, West Shore and Jackson Symphonies. Has also played with the Grand Rapids Symphony Orchestra. Mr. Tenney received his Bachelors of Music Education and Masters in Music Performance from Michigan State University. He has also received instruction from Gary Karr and Edgar Meyer. Mr. Tenney's students can be found in all of Grand Rapids and Michigan's state honors orchestras. In 2011 Mr. Tenney's high school orchestra was selected to perform at the Michigan Music Conference. Mr. Tenney is a sought after clinician and presenter on double bass technique and multiculturalism in orchestras. Mr. Tenney is a cofounder of the Fusion Rock Orchestra which is known for its work in community service and music advocacy. Mr. Tenney's other recognitions include: finalist for Michigan's A.S.T.A. string teacher of the year (2011), M.S.B.O.A. District 10 orchestra director of the year (2012) and finalist for the state M.S.B.O.A. orchestra director of the year (2013). Mr. Tenney is currently on the Conducting and Double Bass Faculty at Interlochen Center for the Arts, Professor of Bass and Music Education at Cornerstone University and Director of Music and Arts at NorthPointe Christian Schools, Grand Rapids MI.