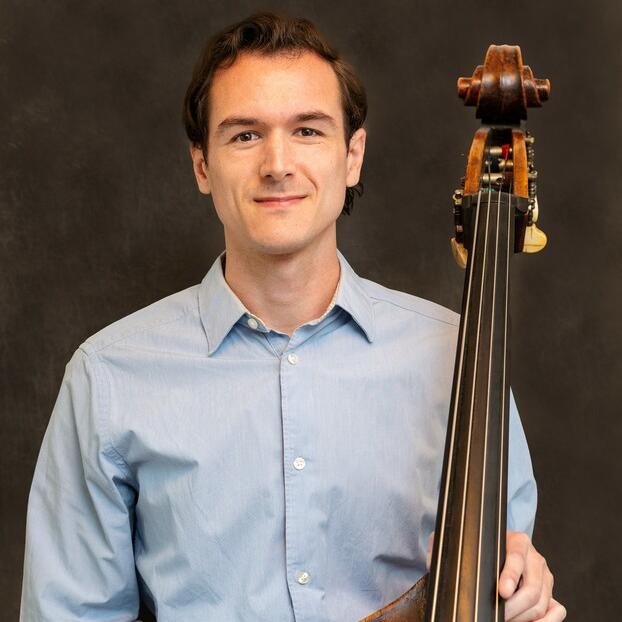 Albert Daschle was born in Seattle, WA. He began playing bass when he was 9 for no other reason than that he thought the sounds this large instrument created were exciting. As a member of the Seattle Youth Symphony Orchestras and Summer programs, he was given the opportunity to play a wide variety of orchestral works that created a new passion for playing the bass. To pursue the study of performance, Albert began his undergraduate studies at the Cleveland Institute of Music under the instruction of Max Dimoff and graduated in 2017 with a BM in double bass performance. Following CIM, Albert continued to Oberlin College to study with Scott Dixon and work towards an Artist Diploma which he received in May of 2019. Currently, Albert is a student of Kevin Brown at Michigan State University. He expects to graduate with a Master’s of Music in double bass performance in Winter of 2021.