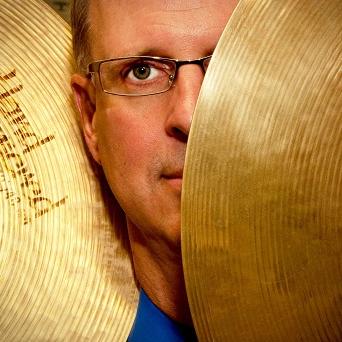 Andrew Spencer currently holds the position of Professor of Percussion at Central Michigan University. An active recitalist and clinician, he has performed as a soloist in the United States, Poland, Japan, Canada, and Costa Rica. In 1999, he released “Slender Beams,” a recording that features works by composer Dave Hollinden. Spencer has also premiered works by David Gillingham, Mark Polishook, Samuel Adler, Robert May and Henry Gwiazda among others.

Equally experienced in orchestral performance, Dr. Spencer is timpanist with the Lansing Symphony Orchestra, and Principal Percussionist for the Midland Orchestra. Additional positions have included timpanist/principal percussionist with the Yakima Symphony Orchestra, Cascade Festival Orchestra, Fargo-Moorhead Symphony Orchestra and Fargo-Moorhead Civic Opera Company. He has performed with the Oregon Symphony, Spokane Symphony, and the Civic Orchestra of Chicago. In addition, he has performed with numerous chamber ensembles throughout the United States, and plays drum set with the CMU Faculty Jazz Ensemble with whom he has recorded two CDs, “Caught In The Act” and “Conspiracy Theory”.