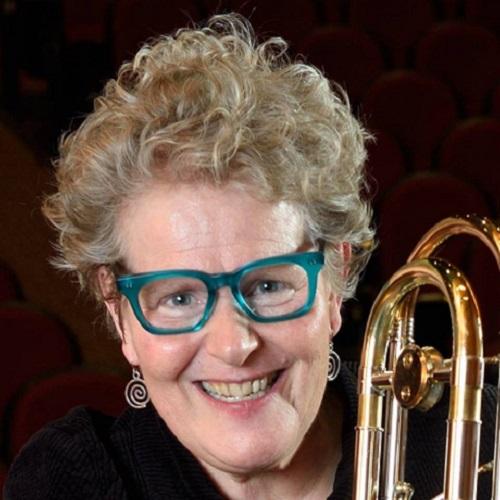 Ordman has been a featured soloist with many orchestras throughout the United States, including her solo debut at Carnegie Hall with the American Symphony performing Donald Erb’s Concerto for Trombone and Orchestra. She has been a featured artist at many International Trombone Festivals; the International Brassfest in Bloomington, IN; the American Trombone Workshop in Fort Myer, VA; and many International Women's Brass Conferences held throughout the United States. Ordman also performed the world premieres of Steven Smith's Concerto for Trombone and Orchestra with the Eugene Symphony Orchestra and Libby Larsen's Mary Cassatt for Mezzo-Soprano, Trombone, and Orchestra with the Grand Rapids Symphony. Both of these works were written for Ordman and, along with Donald Erb’s Concerto, have been performed by her throughout the United States. In January 2017, Ordman released her first solo CD, It’s About Time, Music for Trombone by Women Composers” on the Blue Griffin label. In addition, she is the featured trombone soloist on a Koss Classics' CD of concertos by Donald Erb and on the CD entitled Simple Gifts, the Music of Frank Ticheli. Ordman earned her Bachelor and Master’s degrees in Trombone Performance from the University of Michigan in 1975.