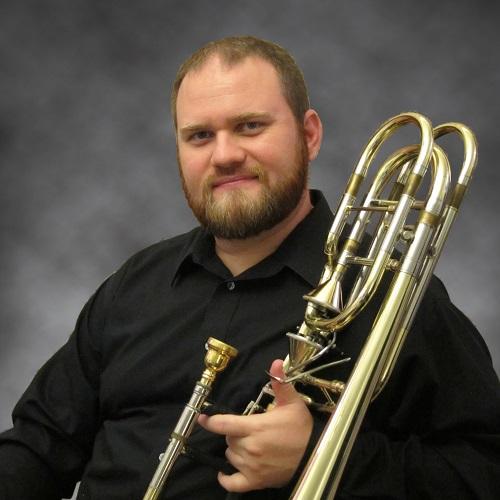 Dr. Pokorney holds degrees from Michigan State University and the University of Evansville (IN). He served as Interim Assistant Professor of Trombone at Central Michigan University during the fall semester of 2007. He has also been on the faculties of Alma College and the University of Michigan-Flint. Bryan has given master classes and clinics all over Michigan, and has been a private low brass teacher since 1998.

In addition to his musical endeavors, Bryan is co-founder of Pug & Dragon – a two-man indie video game design company. Pug & Dragon’s first game, a 2D adventure called The Garden, was released on Steam in September, 2016. The team is currently working on a second 3D project.