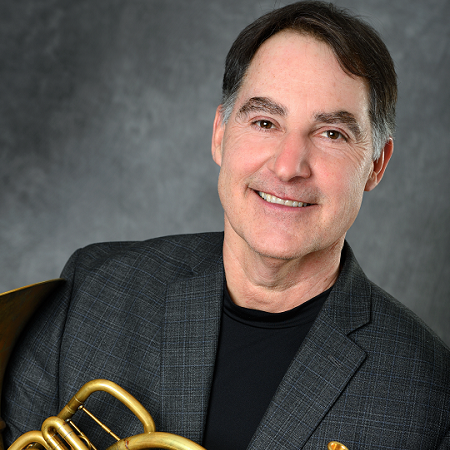 Corbin Wagner is  the associate professor of horn  at  Michigan State University. He received his bachelor’s degree in 1979 from the University of Michigan. Upon graduation, he became a member of the Detroit Symphony Orchestra and later received his master’s degree from the University of Michigan in 1989. Prior to his appointment as Associate Professor of Horn at Michigan State University in 2012, he served as adjunct horn professor at Oakland University, the University of Michigan and Wayne State University. He served the Detroit Symphony Orchestra for almost 35 years. Wagner has received many prestigious performing honors, including a third prize at the 1983 Munich International  Horn  Competition.  He  also  took  first  prize  at  the  Heldenleben  International  Horn Competition in hand horn, valve horn and horn quartet, now called the International Horn Competition of America. Wagner is also a contributor at the Interlochen Arts Academy.  He has just released his second CD featuring new works for horn, soprano, and piano.