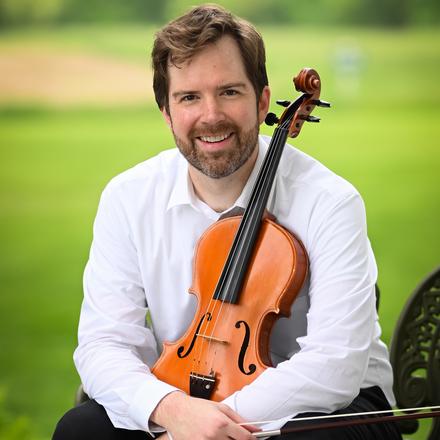 David received his Doctor of Musical Arts Degree in Orchestral Conducting from Michigan State University and holds a Master of Music in Viola Performance from Michigan State University and a Bachelor of Music in Viola Performance from Lawrence University. He has studied music in Vienna, Austria, at the Aspen Music Festival, and has conducted in workshops with the Chamber Orchestra of New York, Boulder Chamber Orchestra, the Baltimore Chamber Orchestra, at Bard College, and at the Cabrillo Contemporary Music Festival. His conducting mentors include Leon Gregorian, Raphael Jimenez, and Markand Thakar.

David lives in Dexter, Michigan, with his wife, Emily, and their two children, Elinor and Julian.