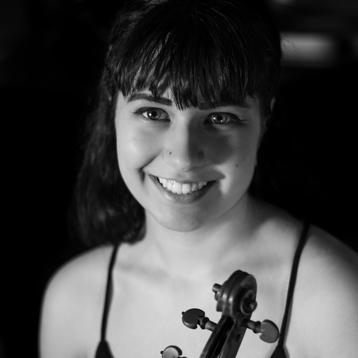 Since beginning the violin at the age of two, violinist Emily Hauer has performed with the Milwaukee, Madison, Oshkosh, La Crosse, Chippewa Valley Symphony Orchestras, the Green Bay Civic Symphony, and the Wisconsin Chamber Orchestra. She has appeared on “From the Top” hosted by Christopher O’Riley, has performed two times on“The Midday” hosted by Norman Gilliland, and in 2016 she received the Jack Kent Cooke Young Artist Award. In the spring of 2020, she performed the first movement of the Sibelius Violin Concerto with both the Madison and La Crosse Symphony Orchestras as one of the four finalists in the Bolz Young Artists Competition and the Rising Stars Concerto Competition. She is currently pursuing her bachelor's degree at the University of Michigan School of Music, Theatre & Dance in the studio of Danielle Belen.