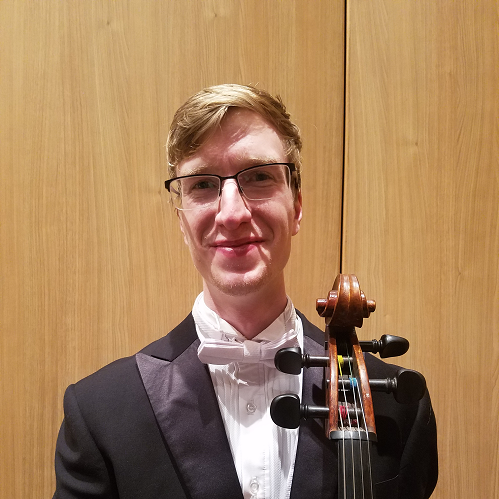 Tom Sullivan graduated in the spring of 2012 with a Bachelor of Music degree in Cello Performance from Wayne State University, where he studied with Marcy Chanteaux. During his time at WSU Mr. Sullivan enjoyed performing as a soloist multiple times with the WSU orchestra, teaching inner city youths as a part of the String Project@Wayne for four years, and mentoring the DSO Civic Youth Orchestra cello section. Mr. Sullivan went on to complete a Master of Music degree in cello performance from the Cleveland Institute of Music, under the tutelage of Richard Weiss. While living in Cleveland Mr. Sullivan enjoyed an active freelancing career, as well as working in administration and development for CityMusic Cleveland, a chamber orchestra that performs concerts free of admission in underprivileged areas of the city. Tom currently resides in Royal Oak, MI where he lives with his wife and three cats. Mr. Sullivan currently holds positions with the Lansing, Battle Creek, Mansfield and Youngstown symphonies, and makes regular appearances with the Grand Rapids Symphony as well as the West Michigan Symphony.